by Emily Murphy October 22, 2018 Posted in How-to Tips and Tools 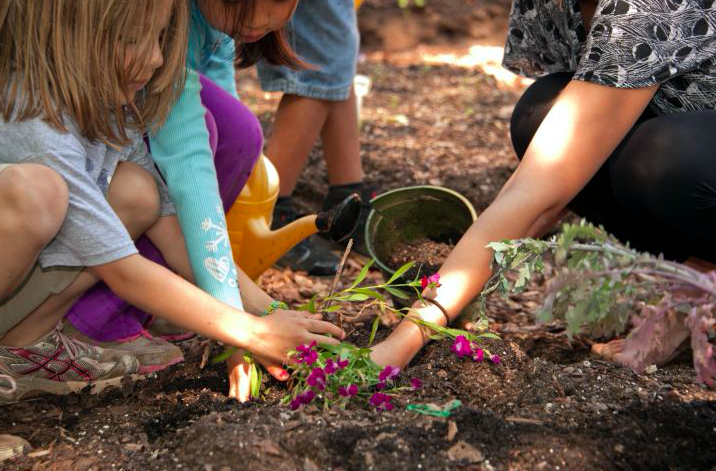 When Pagosa Peak Open School, a small, rural, public alternative elementary school in Colorado opened in fall 2017, many stakeholders with strong opinions had discussed visions for its future. Staff continued to ask, “Who are we?” and to come up with a variety of answers: we are an outdoor education school, we are place-based, we are project-based, we are stewards of the planet, we are global citizens. The founders believed in a school where students and teachers work alongside each other in a multi-age environment that assigned no grades and had a focus on healthy living. In addition to these groups, we heard from the school board and parents about their expectations for this small, year-round elementary school in its infancy.

The voices we had not yet heard were those of the students. While many adults were building a framework for their experience, children moved through their day without being asked about their visions for their school. By January, we realized our mistake and invited them into the conversation. In small groups, students listed their thoughts about an ideal school, and told us things like:

Staff spent time reviewing student ideas and identified trends, including gardens. In Archuleta County, Colo., there was only one school that had a garden and it was a private preschool.  Staff, school board members, founders and parents had all agreed that a school garden would support the curriculum and vision of the school. This seemed like a project that would align values among all our stakeholders, including our students.

As a new school with a staff that had limited experience in project work, we started in a place that comfortably aligned with curriculum needs and the staff’s past experiences: bookmaking. Students in grades 1-3 worked in partners to research local plants, and then put their work into an alphabet book. We took trips to the local library, invited in plant experts, authors and illustrators, and finished up with a book release party. This book would serve as a reference guide not only for our school garden, but also for others at our local library. From here we were able to build on student knowledge to expand this project to a physical garden space.

Involving students in creating their garden space was met with some hesitation from adult stakeholders. There had already been a garden task force of adults that was created to take this on: why would we interrupt their work by involving students? After further discussion, we decided a student garden project that overlapped with an adult task force was important because:

From here we decided to establish a student task force, made up of 16 children from grades 1-4.

This group met daily to plan their school garden. Originally, students researched school, community and home gardens through online resources and books checked out from the library. Then they drew blueprints and discussed visions with the larger group. From here, questions arose: What materials do we need? How much money do we need? Who can we ask to help us? How will we maintain the garden?

Students did not shy away from such big questions. Immediately they began organizing themselves into small groups. The artists took on the design work; another group identified materials and built a budget, while others focused on fundraising efforts. Throughout the next couple weeks, students were able to meet these goals, and scheduled a fundraiser: The Fairy Garden Play. The play would be written, directed and put on by students. They would sell items like garden art, popcorn and lemonade before the show, and students from around the school would be invited to sign up for roles in the play.

After making this plan, discussions between teachers and students guided them toward implementation. Students would need to share this information with adult stakeholders, such as the owner of the school building who we were renting from, the adult garden task force, and the school board. We would need permission before we could begin.

A cast of 18 students ranging from 6-11 years old practiced their play, collected and created costumes, and painted sets daily. The first- and second-graders took on making garden paintings while the fourth-graders made bracelets, puppets and other crafts to sell. While these efforts continued, a group of five students ages 6-11 began work on a presentation that summarized their findings. This presentation would be in PowerPoint format, and would outline designs, fundraisers, and needs for our garden space.

Students presented to adult stakeholders in order to share ideas and gain permission. Not only did students meet these goals, they were also told that members of the town community would match any funds collected through student efforts. Altogether, students raised $1,000 for their garden space, and construction began within a few weeks of the presentations. Students shoveled mulch, planted trees and seedlings, and now harvest and eat what they have grown in a space they identify as the product of their hard work.

Through this project, students’ capabilities were identified and highlighted, which has given way to deeper relationships between adults and students. We see their work maturing, their voices being heard, and school becoming a community built with them instead of for them.

See this post for more ideas for garden projects.

Want to learn more about PBL? Check out our books. 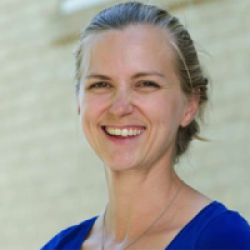