by Susann Bailey February 12, 2020 Posted in Projects in Action

Fifth grade veteran teacher Erica Blue strives to develop engaging activities for her students so they understand that math is all around them:

in the school building, the transportation that gets them to school, and the technology we use every day. I was able to observe a PBL project in her classroom that did this, and surpassed expectations.

Blue’s students at Tower Elementary in Burkburnett, Texas, were challenged to create a structurally sound building using knowledge of basic math skills with whole numbers and decimals while staying on a budget.

The driving question was, “How can we use foundational math skills to create a structurally sound building?”

For an entry event, the class watched video clips from the HGTV hit show “Property Brothers.” We tried to schedule a field trip to a house construction job site, but unfortunately the autumn Texas rains and timing with community entities didn’t allow that to be possible. 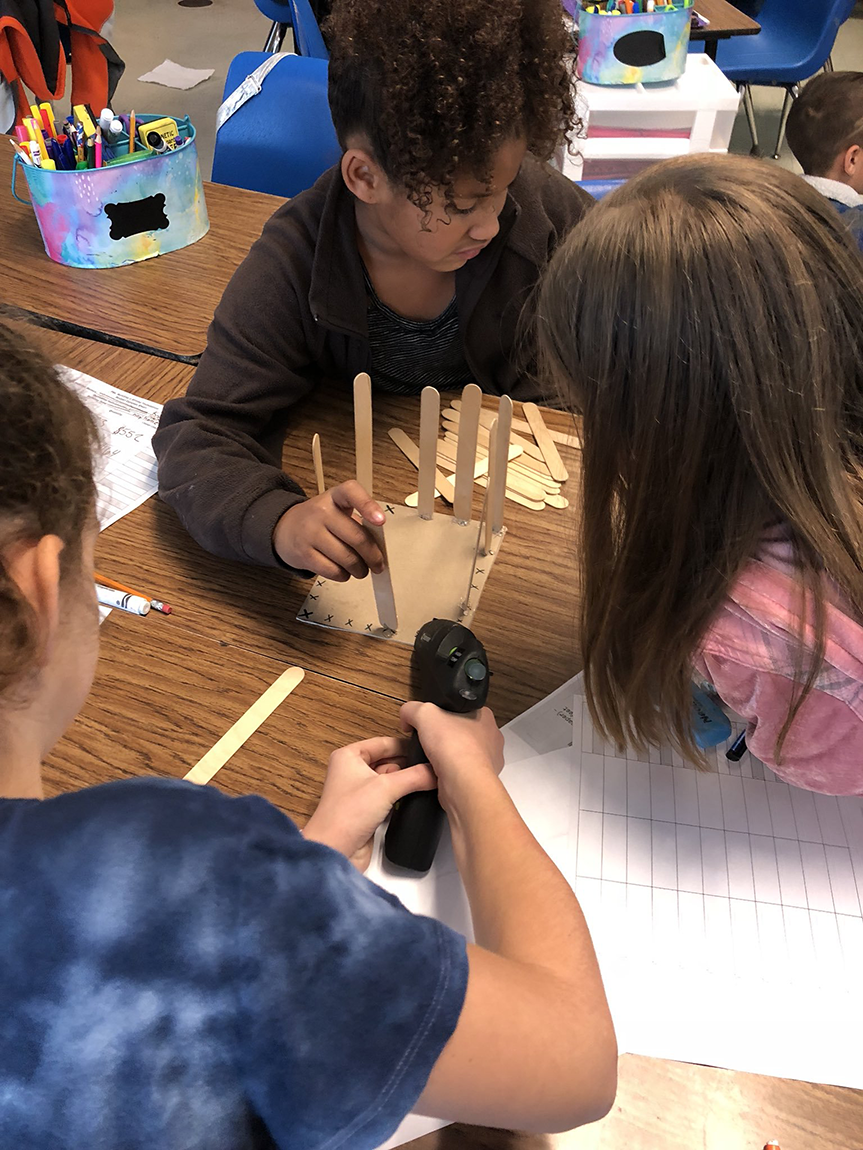 Students were then challenged, with limited resources and an unlimited theoretical budget, to design a structure in just five minutes. Using only Play-doh and toothpicks, students worked in groups to construct a building. Each building material had a set cost. Then, they created a one-minute pitch to “sell” their building.

After the short assignment, students were asked to rate their work as a “Flip” or “Flop.”  Most students were frustrated with the time limit and felt their product was a flop.  Probing questions encouraged students to generate a list of ways to improve upon their original design plan. They were excited to have an additional opportunity to construct a high-quality building.

Students were grouped by choice of house: traditional brick home, RV, or prefabricated mobile home. Groups were given a budget using a random number generator. While constructing their home, students were given the opportunity to select their own materials and amounts of each.

Real-world careers were used as team jobs during the project.

Within each group, students selected an architect, financial advisor, engineering expert, and contractor, which had specific responsibilities to oversee. The students took a genuine interest in their job, allowing them to control the project.

The team had to agree on materials and complete an expense report before the “bank” would approve the loan. This was one of the tasks Blue thought was most beneficial in the project. She reflected, “It ensured the math was being done before the fluffy stuff.”

Additionally, the teacher provided a list of reasonable prices for building materials. “I could have challenged them to research materials and generate a list of their own as a class,” states Blue. She feels this was too advanced for her group of fifth graders this year, but could have used it to add to the depth and complexity for gifted learners.

Students used the “I Like; I Wonder” protocol for giving feedback to other groups.

Since this is their fourth project this year, students are familiar with feedback protocols. They were reminded to be kind, specific, and helpful. After receiving feedback, they revised their products.

Students were required to reflect regularly.

Often, as students exited the classroom, Blue had the students give her a hand signal. A touch on the top of her hand means the student feels confident with the material and does not need additional help. A side touch means they are feeling so-so, and a touch on the bottom of her hand lets her know they are struggling and would like additional support. Simple check-ins and exit tickets made Blue aware of how her class was doing throughout the project.

Students constructed their homes using cardboard, popsicle sticks, construction paper, scrapbook paper, foam plates, and glue sticks. Each material had an associated cost.  Groups chose materials in a variety of ways. It was interesting to watch the various groups and their approach to purchasing materials. The collaborative conversations and decision-making processes the students used will be instrumental skills for their future.

The success skills learned during this project far surpassed expectations.

For example, one group really struggled with making consensus decisions and working as a team. During the messy middle of the project, there were times the group was dysfunctional and not even speaking to each other.

However, through this productive struggle, students were able to make genuine connections with each other and reason in an authentic setting. They eventually ended up having one of the most complete budget expense sheets and their home was well constructed.

The math that was learned also exceeded the goals for this project.

The students begged to miss scheduled elective classes (music, health, PE) and even recess to work on their house!

At the end of the project, Blue asked her students to complete a reflection overall. Most of the comments were positive about the project; the students were proud of themselves and their final product. They also felt they had mastered the math concepts.

In the classroom, there was math everywhere! Dry erase marks scribbled on their desks. Pages of addition and subtraction. When students were asked to show their work, there was not the usual moaning and hesitation. They knew they had to show their work to complete the project and to be able to purchase their materials. The math had a purpose. The students had purpose. And that’s the beauty of PBL. 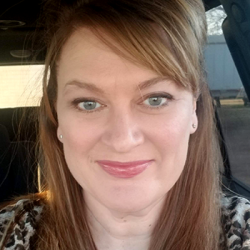