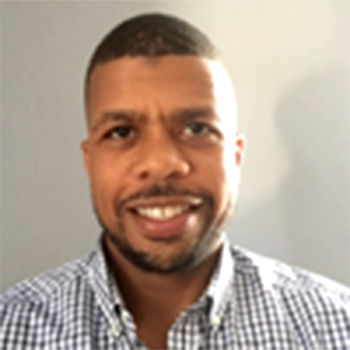 Alprentice McCutchen is a member of the PBLWorks National Faculty. Since 1996, he has been teaching history in the New York State Department of Education.

Al has spent a good portion of his 20+ year professional career using Socratic inquiry, debate, performance-based assessments, and critical writing as part of his work to help students contribute to the thinking world. Much of this training came as a student, and subsequently a teacher, at Central Park East Secondary School (CPESS), in New York City, under the leadership of Debbie Meier. He has also used his curricula to act as mechanisms for student action.

Al has volunteered with the International Youth Leadership Institute (www.IYLI.org) in New York City to conduct academic seminars for high school students. This lead him to co-lead summer ethnography study trips to Egypt, Senegal, the Gambia, Spain and Morocco.

Most importantly, Al is a husband and the father of three girls.