Getting high school students interested and invested in reading Harper Lee’s novel To Kill a Mockingbird can be truly difficult. This year, we decided to take a fresh look at the basic themes of the novel and brainstorm ways to connect it to students’ lives. What we landed on was an opportunity for students to literally stand up for their beliefs. 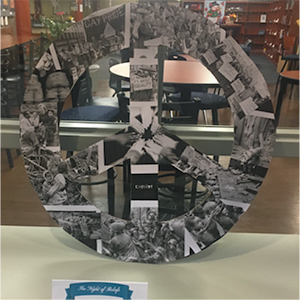 Throughout the novel, students read how Atticus Finch, despite the general opinion, stood up for what he believed. Following his most inarguable moment of courage, standing up for Tom Robinson when the mob visits him in jail, students were asked to consider some of their own core beliefs. This conversation was a springboard into students writing their own narrative about one belief they hold true and how they came to believe it.

We used the NPR program “This I Believe” as inspiration for students’ narratives. We read students the original “This I Believe” invitation and had them brainstorm beliefs that were important to them. These essays took a “funnel-like” structure, in which students told a story about a meaningful experience in their life and funneled to the core belief that developed because of the experience. 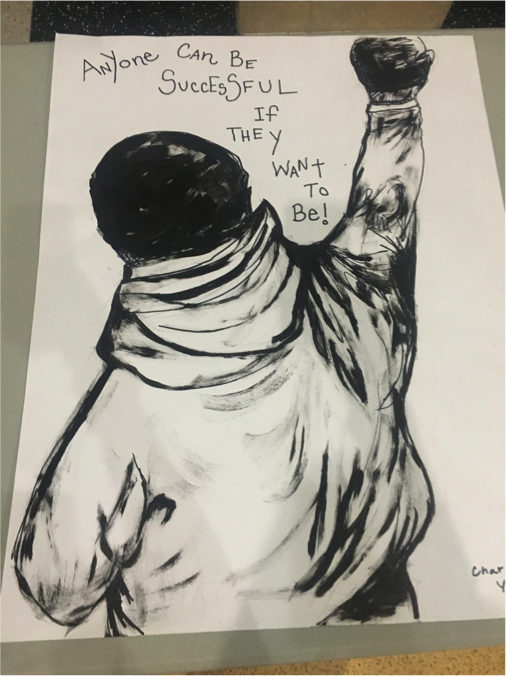 The Night of Beliefs

After revisions and conversations about the essays, students began planning for a night in which they would share their narrative essay or a representation of their essay with their parents/guardians. Students named the event “The Night of Beliefs.” We wanted every student to be on stage to present their project, but logistically, with roughly 150 students participating in the event, that wasn’t feasible. So we separated students by genre into two locations for the night of the event: audio projects (reading their essay, videos, songs, etc.) were on stage in the auditorium and physical projects (paintings, illustrations, comic strips, etc.) were lined up in the hallway outside of the auditorium.

Students were placed into committees to plan this event from start to finish, promoting the event through posters, social media, and t-shirts, creating invitations, creating programs, fundraising, deciding the order of students on stage, getting refreshments donated for those in attendance, decorating the hall and auditorium, making a map of the hallway, and even working the sound board and lights during the stage presentations. With little direction (only some redirection) from us, this project was truly student-led and student-run. 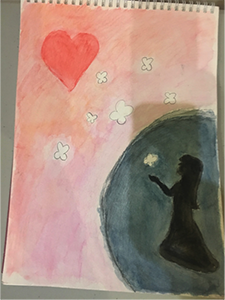 Since there were a total of five classes working together to organize this event, problems were inevitable. Each class was assigned a committee for the event. Each class brainstormed what tasks they would need to accomplish and divided into subcommittees responsible for the various tasks. Getting students of different classes to communicate effectively was our biggest problem; however, this allowed students to troubleshoot on their own. Students proposed a “problem solving subcommittee” and a blog in which all classes could post their status.

Another problem the students faced was with the program. Due to students changing their project (from on stage to the hallway) at the last minute, this subcommittee was left gluing inserts on the already-printed programs hours before the event so that parents would have accurate information. There were many other troubleshooting instances, but during a reflection time later, students said they had to “talk through their obstacles together, and as a larger group, come up with a compromise that everyone had access to” and other students “held a group meeting and discussed what was going wrong, and we were able to fix problems.” As teachers, it was awesome to see this sort of problem solving happening in the classroom.

We plan to do this same PBL next year, and we couldn’t help taking notes throughout this whole process and the night of the event. We also asked students for feedback on changes they would want to make if they were to do this project again. The biggest change we would make involves the timing of presentations on stage. Because so many students were sharing their essays, the presentations took several hours. Many of the parents were unable to stay the entire time and had to leave part way through. This left students at the end with a smaller audience and created a very long night for the parents of those students. Our goal for next year is to create a designated time spot for each genre of project on stage to make it easier for everyone to enjoy the presentations in a more manageable time frame. 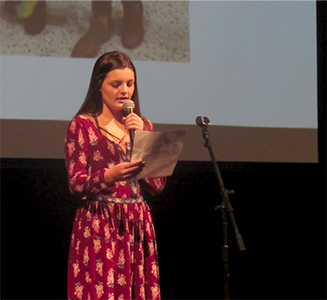 We asked students to write a few sentences about what they liked or learned about this PBL project. Here are a few of their responses:

“Through this project, as a group of organizers, we learned many important lessons. Some of those lessons were the importance of patience, communication, and teamwork.”

“Overall, we believe this project was very interesting and a new experience that we can learn from and that we have the ability as the students to plan activities that are fun, meaningful, and involve everyone.”

“I liked that we got to express something we believe in and had a platform to talk about what should be better in the world or share a personal statement about ourselves. The most important things I learned from this is patience and not to judge others.”

“It was awesome to see that the work I did actually have a purpose, and it created an end project that many people saw/heard.”

“I think that helped us be more motivated to work because we got to do something we liked.”

“The project showed how important teamwork is and that even if you don't agree with the person you are working beside, you should always have an open mind.” 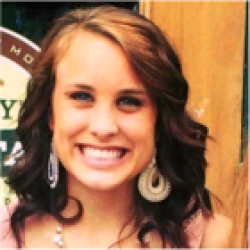 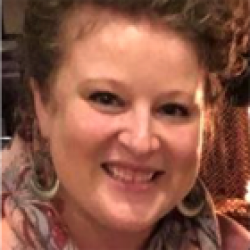