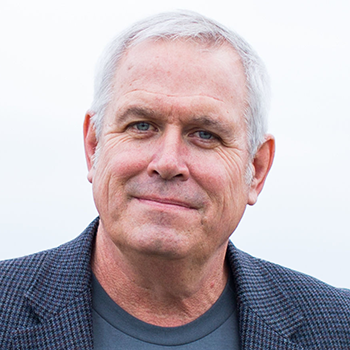 Bob became CEO of PBLWorks on June 1, 2015. Before taking the helm at PBLWorks, he was the co-founder of Envision Education and served as its CEO and Chief of Innovation until 2015. Under Bob’s leadership, Envision Education put into practice a highly successful redesign model that has opened a path to college and college retention for underserved urban students at Envision’s three Bay Area arts and technology high schools.

He is recognized nationally as a leader in high school redesign, Project Based Learning, 21st century skills education, and performance assessment. The William and Flora Hewlett Foundation has recognized Bob as a Senior Deeper Learning Fellow. He is the author of Transforming Schools: Using Project-Based Learning, Performance Assessment and Common Core Standards, recently published by Jossey-Bass Wiley.

Previously, as a teacher Bob founded Academy X, an award-winning leadership and humanities program at Sir Francis Drake High School in San Anselmo, California. In 1999, Drake High was named one of thirteen New American High Schools by U.S. Secretary of Education Richard Riley. In 2000, the school was featured on the cover of U.S. News & World Report as an example of successful high school reform.

Bob was the first in his family to receive a four-year college degree, obtaining a BA from St. Mary’s College and an MA in education from San Francisco State University. When he is not spending time with his family San Rafael, CA, he is stand-up paddling, riding his bike, and playing rugby.