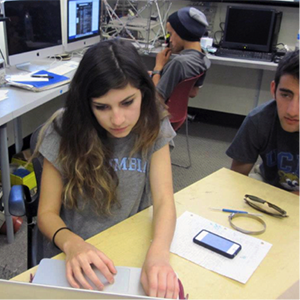 As admissions coordinator at Portfolio School, I am privileged to work with parents as they make an important choice about their child’s future. The understandable questions are asked and reflected upon: which type of environment is right for my child, which type of school will prepare them best for the future, which type of environment will lead them to getting into a top college. As someone who went to Columbia by way of a non-traditional project-based school, I am able to share with parents my own experience coming to a top college, and my feelings on how well prepared I was for success thanks to my academic background.

I was 11 years old when I started my career at High Tech Middle Media Arts. I was drawn to High Tech High (HTH), a network of charter schools in San Diego, California dedicated to project-based learning, because of their high college acceptance rates and smaller class sizes. Although they were less than 10 years old when I started, they had already made a name for themselves based on their unique project-based learning curriculum and their over 90% college acceptance rate.

PBL at My High School

While I had attended charter schools for most of my educational career until that point, I had never experienced a system quite like High Tech. Students learned not through textbooks, but through hands-on projects which demanded a deep understanding of subject matter through real-world application of knowledge. For the first time, I was challenged not only academically, but intrinsically to become a better student and person. At HTH, I was asked not only to learn, but also to become an expert by putting to use what I learned in the classroom.

Subjects were oftentimes integrated as English, history, and social sciences were taught under the umbrella of “humanities” and math and science were similarly integrated. Oftentimes projects were cross-curricular, demonstrating the way that literature, art, and social sciences interact with STEM subjects in the real-world. Throughout my time at High Tech High, I became a scientist, a filmmaker, an artist, a journalist, a mathematician, and an editor. I learned not only how to be a good leader and partner, but also a follower. In doing so, I learned the value that each role brings to a project, understanding how being a strong group member does not always mean you are in charge, valuing the moments when I listened to my peers speak and present new ideas.

From smaller class sizes, I developed close relationships with my teachers which allowed them to challenge, support, and inspire me. When it came time to apply to college, they were my greatest allies. They went beyond writing letters of recommendation, offering help practicing for exams and application advice outside of class for myself and my peers. Leaving HTH felt like leaving home. I had been made stronger and more determined in my years there as I learned to value the numerous struggles that needed to take place in order to create beautiful work. From my teachers and friends at my school, I had learned to love the process of creating, the ups and downs, the failures and successes.

I left High Tech feeling prepared for the real world, but worried about what life in college would look like. When I came to Columbia, I had expected that I would be somewhat underprepared for the coursework. While my peers had taken AP courses which covered a wider variety of content, I had spent the last few years building a deep understanding of a smaller array of topics and developing soft skills such as public speaking and collaborative work.

I was told that, as a first-generation college student from a school with a non-traditional background, I would likely need additional tutoring for my courses. I entered my first semester nervous for what was to come, wondering if I had in fact made the wrong choice in attending a project-based school over my local public high school. These fears quickly dissipated with the start of classes as I realized how much more I had gained from HTH.

Amidst graduates from some of the best high schools around the world, I was struck by the intelligence that surrounded me. Yet, I felt better prepared for school and life at Columbia. While they had no problem taking notes in lectures or studying for exams, in seminars where deep learning happens at college and when relationships are formed with professors I found myself speaking up on the literature, proposing questions and interacting with texts while they worked to feel comfortable doing so.

Outside of class, I built relationships with my professors, attending office hours and asking questions so that I could better engage with their course and learn from their expertise. When asked to work in groups, I was excited to collaborate with my peers rather than fearful of the experience or hesitant to relinquish control. Though I love the humanities and have had a tenuous relationship to STEM subjects, my experiences at High Tech High had shown me how to find a link to my passions through any field even if it was not my favorite subject. While many of my peers found themselves overwhelmed by the stress culture here at Columbia, I navigated systems and found ways to personalize my education so that I could continue to be passionate about what I was learning. It became clear to me that, in choosing a project-based school, I had been given many tools necessary for success that my peers hadn’t.

I didn’t come to Columbia as prepared to sit in a lecture hall, study for exams, or take notes — skills I was able to learn first semester of freshman year — but I arrived prepared to engage with my peers and professors. It did not take me four years to learn the proper study habits, or how to properly take notes, but I still see many of my fellow seniors struggling to speak up in class, dreading group work, overwhelmed by the thought of job interviews, or hesitant to reach out to a professor.

My time at Columbia has taught me many things about art, literature, philosophy, and the world around me. Yet, the skills I believe will be most valuable to me when I graduate are the ones I gained at High Tech High. While I may not be a scientist or a filmmaker, I will always understand those roles and their importance. With each challenge the future brings, I know I can communicate, think critically, and collaborate with others to push through it. 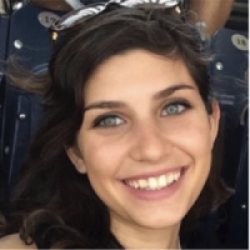