by John Spencer February 21, 2019 Posted in How-to Tips and Tools 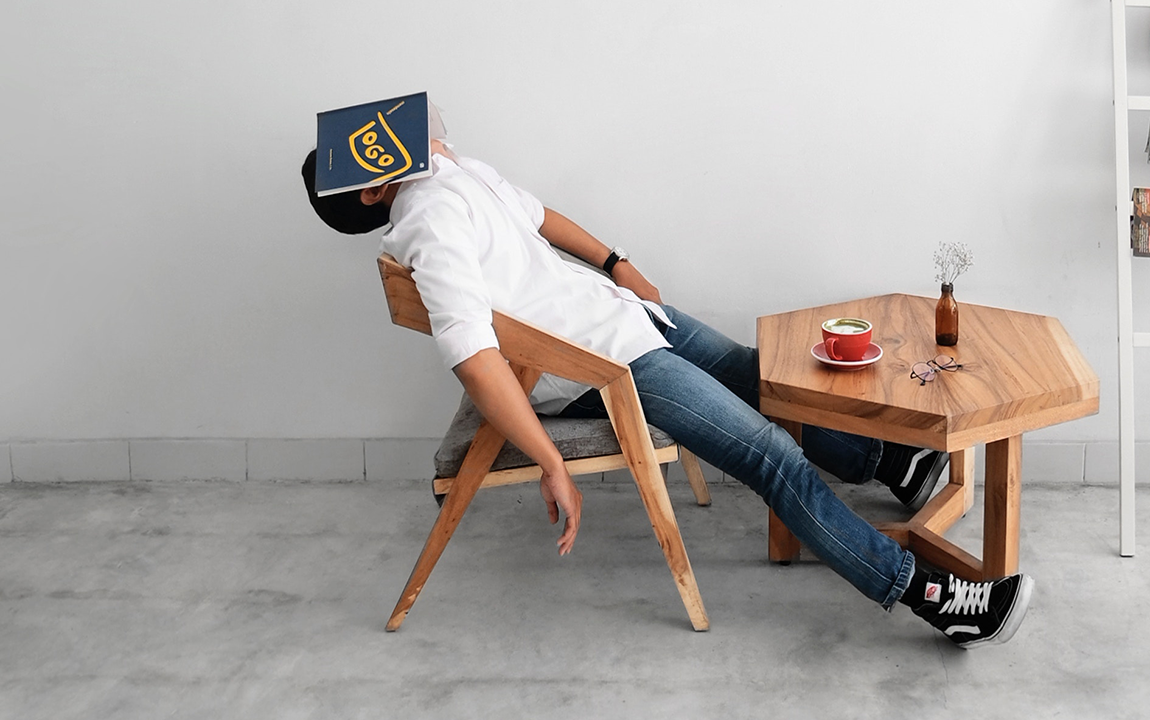 When I taught middle school, I learned that students often face project fatigue during their long-term projects. I first read this as disinterest, laziness, or bad pacing on my part. However, I noticed that as much as I love projects, I am prone to hit project fatigue right before the half-way point in nearly every project I complete. It turns out my college students nearly always hit project fatigue as well. In fact, as I’ve interviewed artists, entrepreneurs, and engineers, they often describe the same fatigue, both in their group projects and solo endeavors.

But here’s the thing: sometimes the fatigue leads to a complete breakdown. I’ve seen teachers say, “I just told my students to take their projects home and finish them there,” which in some cases has meant, “Take your unfinished project and have your parents finish it for you.” Other times, teachers have plowed through this phase only to have individual students lose interest and give up. Project fatigue is a normal part of the project process and if we’re going to embrace project-based learning, we need to help students find the strategies to make it past this fatigue so they can thrive.

The Science Behind the Mid-Way Lull

When I plan out projects, I tend to focus on a linear model, with students working equally hard in each phase of the project. However, I find that students tend to work in spurts, with big bursts of energy followed by lulls. It’s less like a marathon and more like an interval workout.

For the longest time, I blamed myself. I had failed to motivate my students to work hard throughout our projects. If only I had created the right structures, they wouldn’t be procrastinating. However, researchers have demonstrated that these phases of bursts and lulls are actually a normal part of the project process.

For example, in a lab study where participants had to cut out pictures (think old-school kindergarten before the pressures of standardized tests), the participants were slower and sloppier in the middle than they were at the beginning or the end.

In the book When, Daniel Pink profiles Connie Gersick’s research on group dynamics within projects. She observed workers in industries ranging from finance to medicine to banking to computer sciences. While their approaches differed, she noticed patterns of high-productivity bursts and lulls (which might also be a necessary part of the idea incubation process). The middle is often when teams experience the “uh oh effect,” where they realize they are in the midst of project fatigue and suddenly they need to kick it in gear to accomplish their goals. This midpoint can be a moment when we go from slump to jump.

Phase One: Form and Storm

In this phase, teams will go through a honeymoon period where they get to know one another, followed by a stormy period with conflict. This phase can look unproductive because the teams are emphasizing relationships rather than tasks. As a teacher, you see this when you’re in the first few days of a project and members seem to be accomplishing little to no actual work.

The team hasn’t accomplished much and a general malaise has set it. This is where the group can do a quick reassessment and kick it into a higher gear to move to the final phase. This is also where you see the worst project fatigue in the form of a midpoint lull.

The team is working seamlessly with clear goals and a sense of progress. Each member works interdependently with other members, respecting one another’s roles and responsibilities. They’ll often work their hardest as the project comes to a close.

Some degree of project fatigue is likely to occur in almost any long-term project. However, as teachers, we can use strategies to limit project fatigue and prevent it from turning into project burnout.

When I plan out PBL units, I tend to treat productivity as a constant. I’m planning through a “best possible conditions” lens. The problem is sometimes group dynamics break down and students argue with one another. Other times, students get risk-averse and fail to start a task on time. Problems occur. Systems fail. Fire drills happen. Unexpected assemblies abound.

We tend to plan out projects with a best-case-scenario mindset, assuming that we will always work to our optimal potential. When this happens, we fall into what researchers Kahneman and Tversky coined the planning fallacy. Often tasks will take 1.5 times longer than what you anticipate ahead of time.

Often, project fatigue connects to student disappointment with how long tasks are taking. It’s important that we create buffer zones for students and help them understand that it’s normal for projects to take longer than anticipated.

#2: Use a Design Thinking Framework

If you look back to the “form and storm” phase of collaborative projects, this is a period when students need to get to know their team members, negotiate roles, and clarify ideas. This is one of the reasons I love design thinking. The first few phases coincide with this “form and storm phase.” For example, in our student-friendly LAUNCH Cycle Framework, students don’t begin ideating and planning until they have already engaged in an introductory awareness phase (Look, Listen, and Learn), inquiry phase (Ask Tons of Questions), and research (Understanding the Process or Problem).

In these initial phases, students are working interdependently to tap into their curiosity and build up their background knowledge. Instead of expecting students to move quickly into prototyping, the LAUNCH Framework requires students to slow down and work collaboratively. At the same time, because there are specific structures, teams don’t have to flounder in this first phase. They can see their progress.

The midway point coincides with the ideation phase (Navigate Ideas), where students will determine their product concept, clarify their audience, determine the roles, and set up the tasks through project management. In other words, right when students are most likely to hit a mid-point project fatigue, they have a renewed energy because they get to move into the Create a Prototype phase.

#3: Set Benchmarks Within Your Projects

Students sometimes hit project fatigue because they are overwhelmed by the scope of the project. I remember making this mistake when I said, “Okay, you need to film a documentary.” Two days later, students were already feeling overwhelmed and ready to give up. Even though I had helped break it down into manageable phases, my students felt like they weren’t accomplishing anything of value at first.

It helps to have students set interim goals within a project. They create shorter benchmarks that push students to work harder throughout the middle of a project. Instead of procrastinating and finishing the project at the very end, teams can have more frequent bursts by focusing on these short-term goals. I’ve also noticed that these short-term goals make it easier to get started.

I once heard a fitness expert answer the question, “How many minutes a day should you exercise?” with counterintuitive advice. “Try five minutes a day. You always have five minutes and if you get into a rhythm, you’ll find it’s easier to continue and go longer.”

Note that students can own this short-term goal-setting process by engaging in project management. It’s not enough just to set and monitor goals. To get the most out of this process, students need to celebrate when they attain their short-term goals.

Sometimes project fatigue sets in because of the monotony of the work. And, while boredom can actually spark creative thinking, too much boredom can work against intrinsic motivation. As humans, we have a natural drive toward novelty. We need to pursue new things and experience something different. The same is true of projects.

Ever found yourself in a rut during a project only to walk away from it for a day? Chances are when you return, you have a fresh perspective and new ideas. You might even have a renewed sense of energy. We need breaks. They provide rest and give us an incubation period for our ideas. Our students need the same kind of breaks within their projects.

#5: Be cognizant of multiple project demands

I once visited a project-based school, where students attended multiple block schedule classes and engaged in collaborative projects. When I met with a small group of students, a common theme emerged: they wished they could be in a traditional school half the time and a PBL school the other half.

One girl said, “I never thought I would say this but sometimes I just wish I could sit down and take notes to a good lecture and maybe have, like a discussion or Socratic Seminar.”

I was teaching eighth grade at the time and our entire team used a PBL approach. When I surveyed the students, they overwhelmingly reported deeper learning and more authenticity in PBL. However, they also overwhelmingly chose “fewer projects” when I asked about the frequency. As we debriefed the results, students described the complexity of setting your own deadlines and managing projects. They mentioned the frustration of daydreaming about multiple projects.

I realized something critical. Going 100% PBL might just be too much of a good thing. Without realizing it, we were pushing so much voice and choice without thinking about cognitive load. So, we changed it up. We created more interdisciplinary projects and we paid attention to project schedules to create up times and down times for our students. We soon discovered something else. In our embrace of PBL and design thinking, we had neglected these so-called traditional strategies that actually worked.

In the end, we want our students to know how to engage in collaborative work and persevere when things get challenging. If they know view project fatigue as a normal part of the process, they will learn the habits and mindsets to get through it. But this requires projects. Real projects. The kind that focuses on student ownership and agency.

Want to learn more about PBL? Check out our books. 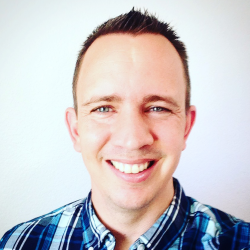